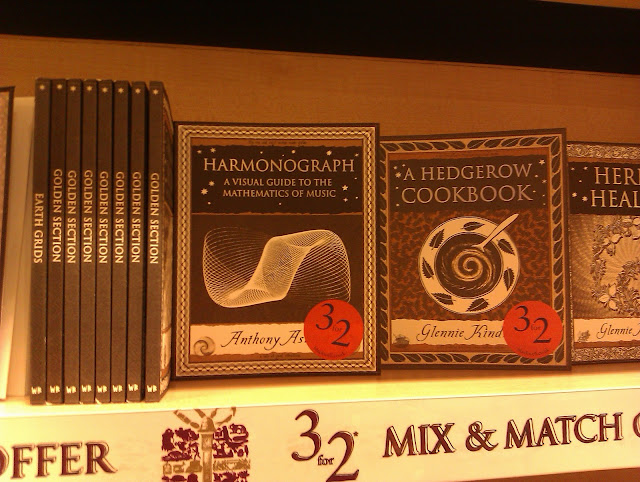 Harmonograph: A Visual Guide to the Mathematics of Music

A walk around the bookshop reminded me of something I had forgotten about which relates to a current work on progress.

"... is a mechanical apparatus that employs pendulums to create a geometric image. The drawings created typically are Lissajous curves, or related drawings of greater complexity. The devices, which began to appear in the mid-19th century and peaked in popularity in the 1890s, cannot be conclusively attributed to a single person, although Hugh Blackburn, a professor of mathematics at the University of Glasgow, is commonly believed to be the official inventor. A simple, so-called "lateral" harmonograph uses two pendulums to control the movement of a pen relative to a drawing surface. One pendulum moves the pen back and forth along one axis and the other pendulum moves the drawing surface back and forth along a perpendicular axis. By varying the frequency and phase of the pendulums relative to one another, different patterns are created. Even a simple harmonograph as described can create ellipses,spirals, figure eights and other Lissajous figures. More complex harmonographs incorporate three or more pendulums or linked pendulums together (for example hanging one pendulum off another), or involve rotary motion in which one or more pendulums is mounted on gimbals to allow movement in any direction." in Wikipedia 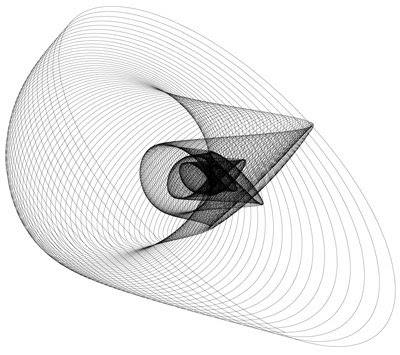 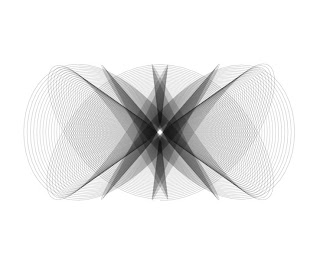 See a page about how to build a Three-Pendulum Rotary Harmonograph [below] or another one that shows how to do it with script code using NodeBox. I'm surely doing it on my browser and will download the WorldTree free software to play around.

The world of Jean Giraud aka Moebius

A tribute in form of a collection. All artwork by Jean Giraud aka Moebius.     Documentaries: ...

Ds WAY
Born 💜tivist, licensed designer & experimentalist at 💜. Visual explorer since analog times, I’m in constant REcreation of my own 💜titudes, expressing them through mixed media poems and visual crafts. My work is a visual collage of both analog and digital pieces, [re]crafted, [re]played, [re]mixed and [re]used but never quite the same.